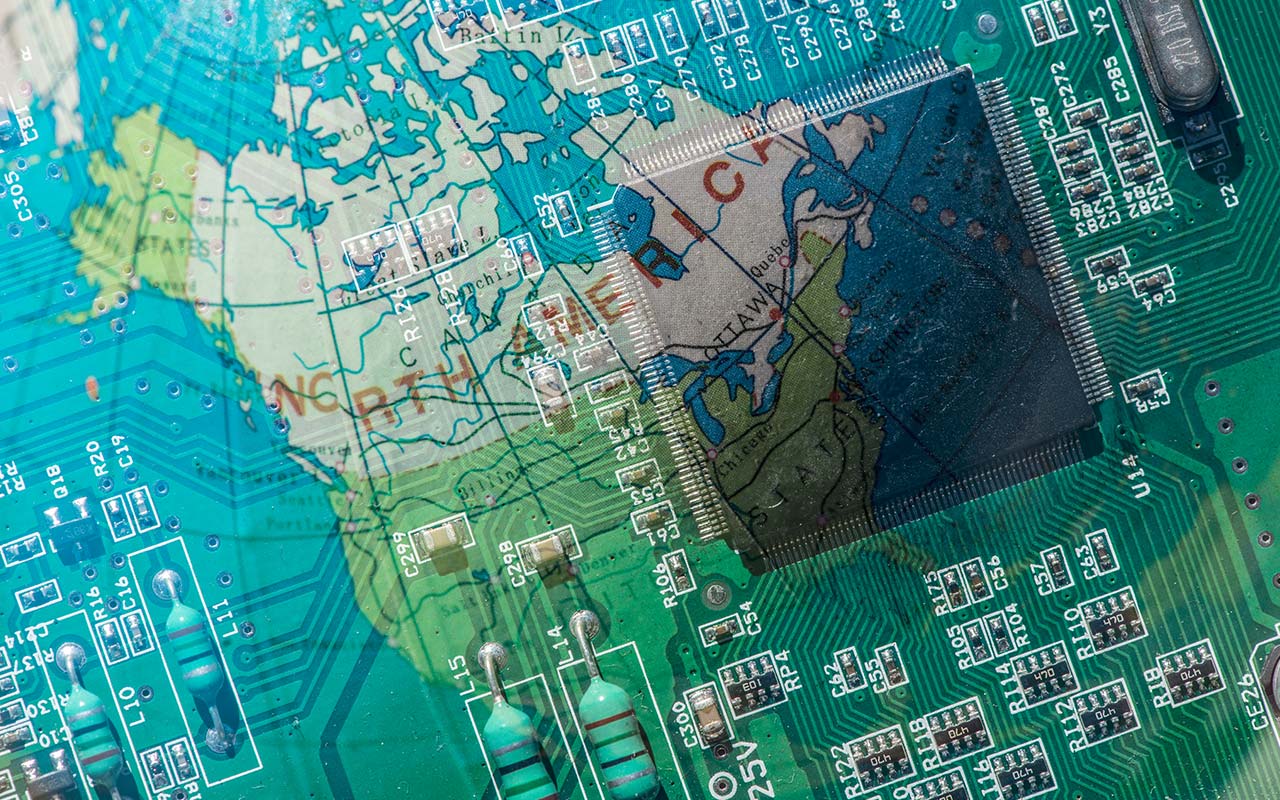 Have you been browsing for a new television, smartphone, or car? You aren’t imagining it – the prices for consumer tech are currently soaring due to an ongoing global chip shortage.

The ‘chips’ in high demand are semiconductors, the building block of many electronics we have come to rely on and use every day. The effects of the pandemic, trade wars, and several natural disasters have compounded the issue and resulted in an ongoing global chip shortage.

What does this mean for you? Well, you might find yourself waiting longer and paying just a bit more for that new gadget you’ve been pining for.

Today’s electronics use great amounts (think billions!) of semiconductors on each chip. Many products we use have digital components – even a toothbrush can be electronic, and about 80% of cars sold since 2019 have a touchscreen – a trend that caught on in the early 2010s. Automakers were the first to be hit hard by this shortage, but the crisis is now felt throughout various industry supply chains.

Supply & demand are affected by COVID-19

The COVID-19 pandemic caused the global economy to take a nose-dive as demand, supply, trade, and finance were all significantly disrupted. For a short while, there was a lull in demand (especially in the auto industry) as people dealt with the shock of lockdowns and limited social contacts. This did not last long. As automakers cut back on chip orders, other tech companies – stimulated by the immense demand for at-home workstations (and basically any other gadgets that could help us pass the time at home) suddenly required more chips than ever before.

Even today, as vaccinations ramp up, people are not expecting a quick return to normalcy. The pandemic continues to cause a spike in demand for electronics as a distraction from the doom and gloom of the pandemic.

The global chip shortage is being felt worldwide as producers cannot keep up with demand.

We are all social-distancing, including – so to speak – the world’s producers and consumers of semiconductors. The US sanctions on Chinese computer makers in early 2021 and other ongoing political tensions have caused further divides. This is troublesome, since globalization – the flow of goods, technology, information, and jobs across borders and cultures – simply cannot function when faced with such trade wars.

Electronic devices contain components that originate from multiple countries. They are often at least partially assembled overseas as well. This is globalization at its best – suppliers working together on product components such as chips, sourcing cheap labor and maximizing profits.

Due to the US sanctions, many Chinese companies have been stock-piling chips, which makes them harder to come by in North America. This is a major problem, so much so that the current US administration is striving for “chip independence” and has come forward with a $2 trillion proposal to ramp up production. So where are the world’s chip producers (and hoarders?). About 80% of global chip production is in Asia. This chip hoarding has only added fuel to the global chip shortage fire. Speaking of fires…

First disaster: One such event was the February 2021 Texas grid failure, brought on by a freak winter storm that shut down several plants due to power outages.

Second disaster: Another was a March 2021 Japan factory fire at a site that was one of the auto-industries’ largest source of chips.

Third disaster: Fast forward one month, and it’s extreme droughts in Taiwan during April 2021 that add more challenges to semiconductor production. Three large industrial parks had to halt production due to the droughts. Taiwan contains about 60% of the world’s capacity for manufacturing chips.

They say bad things come in threes, no?

Manufacturing semiconductors requires highly specialized fabrication plants, where lasers and machines work together to transform a small piece of silicon (also germanium or another similar pure element) into a tiny puzzle of switchboards. These switches control the flow of electric current within our devices. Along with dust-free rooms needed for assembly, manufacturing chips requires pure water to avoid contamination. It is no wonder that a drought (no water for production), a fire (loss of specialized and expensive machinery), and a blackout in three key production areas have left ripple effects throughout the supply and demand chain.

So, what’s being done about this shortage?

Experts are estimating that the global chip shortage and it’s impacts on consumers will carry on well into 2022. For the auto-industry, at least another eight month delay – taking us into early 2022 – is forecasted. Until in-country chip-production is ramped up, COVID-19 restrictions are eased, and Taiwan gets some rain – all of these things will take time – there is not much else consumers can do but wait.

If you’ve been on the hunt for a new gadget, don’t expect any door-crasher deals any time soon.

Ready to get started?

Learn more about what we can do for you in your industry.

You can find out more about which cookies we are using or switch them off in settings.